We make it easy, no matter where you are in Texas & Georgia.
Apply Today

As a member of our military, you deserve better.
Apply Today

Is USAA Really Looking Out for Military Members?

We’ve all seen the relentless commercials, but the real story behind the scenes is very different. We think you should know the truth about USAA and its mortgage program and that they spent over $500M in advertising due to the shrinking growth of their customer base.

Mortgages are complicated. That’s why every state requires that anyone originating a mortgage loan be licensed to do so. USAA is well known for recruiting fresh college graduates and others new to the mortgage industry. The failure rate for USAA loan officers is 67%.

That means that after USAA has trained the new loan officer candidates, 2 out of 3 still fail the test the first time. It doesn’t appear that they are hiring the best and the brightest and you’re likely to end up with a rookie handling your mortgage.

Any member of the military knows how important good leadership is to an organization. USAA has changed CEOs three times since 2016. With these changes, many of their customers have complained that their charter seems to have shifted from serving military members to maximizing profits for shareholders.

Loan Officers are Limited to One Product

When you initiate a loan application with USAA, the only option you’ll be offered is a USAA loan because they only sell one product. Most American consumers demand more choice than a single product and one product is rarely perfect for a large and diverse audience like military members. This could be one of the main drivers of complaints USAA receives.

When you combine a low-quality loan officer training program with constantly changing leadership, you end up with lots of problems and USAA has no shortage of complaints. In fact, according to their own website, the satisfaction score for their mortgage clients is 57% which most would consider a failing grade.

Better Business Bureau Rating 1.2 out of 5

When people are dissatisfied with their service, they often turn to the Better Business Bureau to get action. You can see for yourself that USAA has 1.2 stars out of 5 and has suffered from over 1000 complaints in the last 12 months and over 2000 complaints in the past 3 years – just in Texas alone. You can read the reviews for yourself. Many of the complaints have a similar theme – that USAA seems to prey upon military members that don’t have a strong financial background – seemingly in direct contrast to what they portray in their ads.

Besides fines from the Consumer Financial Protection Bureau (CFPB), the complaints at the Better Business Bureau against USAA are stacking up—and many remain unresolved. For the CFPB to have gotten involved, they had to see that USAA was systemically abusing Veterans. While initially slow to act (remember, it’s the government), they finally “sprung into action” and found that USAA was guilty of not honoring stop-payment-requests and had to give back $12 million in ill-gotten gains to the military members they were supposed to “serve.” On top of the $12 million in refunds, they also had to pay a $3.5 million dollar fine as a penalty. You can read about the CFPB settlement here. Does this sound like how they portray themselves in commercials, giving veterans hugs through the airwaves? Unfortunately, the public persona they’re trying to portray doesn’t match their actions behind closed doors when it comes to how they treat our nation’s veterans.

USAA does have a highly rated car insurance program that recently won the JD Powers award for top satisfaction. This satisfaction is often the reason military members feel comfortable using USAA for their mortgage as well. Unfortunately, the satisfaction does not seem to carry over to the mortgage side of their business with the 57% satisfaction rating and complaints we’ve illustrated above. Many mortgage holders feel duped and can’t believe the difference between the two divisions.

It’s understandable that it’s difficult for a company like USAA to compete in multiple categories. If you need auto insurance USAA is a fine choice. If you’re looking for a leader in the mortgage industry – you should consider looking elsewhere.

At Global Home Finance, we specialize in customer service. We’re dedicated to providing a customized mortgage solution that fits your unique home-buying needs. Built on our belief that mortgage solutions are never one size fits all, you’ll always receive a personalized experience with a team member committed to saving you money and finding the best rates possible.

Our business model is different because we use our experience and business relationships to build a customized mortgage solution to fit your unique home-buying needs. We work with several different mortgage correspondent and wholesale lending companies to get you the best rates every time you need it. Our way of business saves you time, money, and frustration.

A three-year, complaint-free track record and an A+ score with the Better Business Bureau means you don’t have to take our word on our superior customer service and unique mortgage solutions… our public performance record speaks for itself. At Global Home Finance, our mission remains focused on your lending needs and building a long-term relationship you can trust and count on.

Our loan officers are some of the best in the business. With over 80 years of combined lending experience at your service, coupled with a team passionate about providing solutions that work for your specific needs, you’ll quickly understand why we have scores of outstanding reviews and an A+ rating with the Better Business Bureau.

A three-year, complaint-free track record and an A+ score with the Better Business Bureau means you don’t have to take our word on our superior customer service and unique mortgage solutions… our public performance record speaks for itself. At Global Home Finance, our mission remains focused on your lending needs and building a long-term relationship you can trust and count on.

Give Global Home Finance A Chance At Your Business

We truly believe that we are a better solution for military members than USAA. Our excellent staff, high standards, multiple loan options with better rates, and dedication to customer satisfaction means that you’ll be thrilled with our service.

We’ll find your mortgage from over a dozen companies that we work with every single day. Connect with a loan officer now to discuss your options. Getting a mortgage is a big investment and it pays to get a second opinion from a market leader like Global Home Finance. 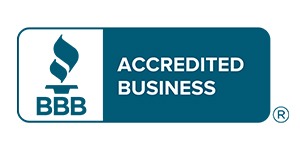